Introducing a new album of original songs created to inspire, encourage and energize girls! In a world at odds with female empowerment, Girl presents a bold alternative. With songs focusing on self-love, finding your own voice, strength, sisterhood, intelligence and so much more, Girl will motivate any girl, and any one, to dream, to try, to fly.

Written by the team of long time music industry veteran and producer of the She Rocks Awards, Laura B. Whitmore and singer/songwriter and pianist Jenna Paone, Girl blossomed in a flash of vision when the pair attended a songwriting retreat together in Martha’s Vineyard, MA. During a discussion about the current political climate, they were simultaneously struck with the plan for the album’s theme. “Once the idea came to life, there was no stopping it,” they share. “We headed to a coffee shop and wrote the first track, ‘I Like It Loud,’ right then and there.”

With an intrinsic force behind it embodied by a social and political climate that has devalued the contributions of women, Girl has steamrolled ahead, quickly taking shape as an important collection of songs written for girls but accessible to listeners of every background, age and gender.

girl will spark the imagination and encourage the determination of any girl in your life. 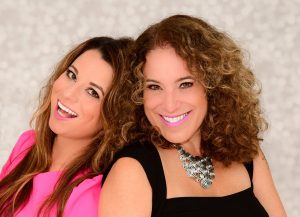